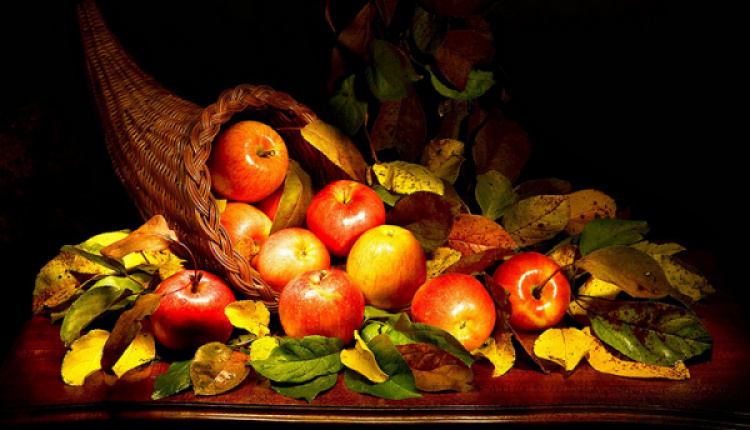 Thanksgiving day is celebrated primarily in the US and Canada. It is celebration dedicated to giving thanks for a bountiful harvest, something that the ancient Greeks also did thousands of years ago.

Thesmophoria, in Greek religion was an ancient festival held in honor of Demeter Thesmophoros which was celebrated by women in many parts of the Greek world. The meaning of the name Demeter Thesmophoros still remains unresolved, although it perhaps translates to “bringer of treasure or wealth,” an obsolete sense of thesmos.

Ever since ancient times, festivals for giving thanks have been celebrated in many regions around the world.

When Hades, the god of the underworld, abducted Persephone, her mother Demeter wouldn’t feed the world, and winter came upon the land. When Persephone was returned Demeter gave the gift of agriculture to humanity.

The Greeks believed that it was because of Demeter that the earth provided the harvest it did. Honoring her with offerings and ceremonies would guarantee a new and fresh harvest every year. The holiday dedicated to Demeter was called Thesmophoria.