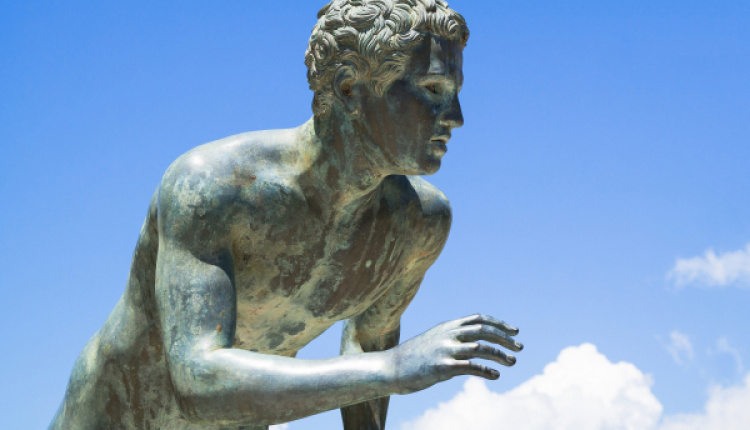 More than most other populations from the ancient past, the physical appearance of the Greeks, especially those of the Classical period of the 5th and 4th centuries BC, has been a source of fascination for scholars, poets, artists, and political leaders (oftentimes nefariously), for centuries.

To put everyone at ease from the start, evidence strongly suggests that modern Greeks are genetically similar to those who inhabited these lands 2,500 years ago. Thanks to recent DNA studies of ancient human remains, we now know that today’s Greeks share a “genetic overlap” with even earlier populations in the region, being closely related to the Bronze Age Mycenaeans (ca. 1600-1200 BC) and, even further back in time, to the migrant Neolithic farmers who first ventured across the Aegean from Anatolia in the 7th and 6th millennia BC.

It’s safe to say that when we think of the descendants of the ancient Greeks, we needn’t go any further than the modern population. But beyond the typical Mediterranean stereotype of dark hair, brown eyes, and olive skin that we often associate with people of Greek descent, we also know that modern Greeks are quite diverse in appearance, including those with much fairer coloring (blue and green eyes, blond hair and even the occasional redhead), and others who are much darker in complexion.

Minoan frescoes (the art of painting on plastered walls) from the mid-second millennium BC, notably from Crete and Santorini – the famous wall paintings of Thera, for example – make clear distinctions between male and female figures. Tall and slender, with narrow waists and long, dark hair, men are often depicted with reddish-brown skin, while women appear as porcelain white, with piercing kohl-rimmed eyes, and with fuller figures. This artistic convention is similar to the depiction of men and women in ancient Egyptian frescoes. In reality, Minoan women likely applied a foundation of toxic white lead or carbonate to lighten their complexion, a practice that was widely used by aristocratic women in late 16th through 18th century Europe (e.g., Queen Elizabeth I of England).

Finely painted ceramic vessels from the mid-first millennium BC, especially during the later Archaic and Classical periods (ca. 600-323 BC), provide key insight into aspects of everyday life, offering some interesting clues about the physical characteristics of everyday people. Both men and women are usually depicted with low foreheads, thick curly hair, almost always black or dark brown, straight noses, large eyes, and ovoid faces. The bi-chromatic nature of the art (both in black-figure and the later red-figure traditions) makes it difficult to determine skin coloring, but the white-ground technique, developed in Attica ca. 500 BC, gave artists more freedom to express colors. In a similar fashion to earlier Bronze Age art, women often appear as fair-skinned while men often appear in darker hues or completely black.

A recent Harvard University study analyzed the ancient DNA extracted from the teeth of 19 people, including 10 Minoans from Crete (dating from 2900-1700 BC), four Mycenaeans from the Greek mainland (1700-1200 BC), and five individuals from other Bronze Age or early farming (Early Neolithic) communities (5400-1340 BC). It was found that the Minoans and Mycenaeans were closely related to each other, inheriting three-quarters of their DNA from the earlier farmers who had migrated across from Anatolia (modern-day Turkey). Crucially, the Mycenaeans were found to have as much as 16 percent of their DNA from the Eurasian Steppe and/or Armenia, indicating a genetic divergence from their Minoan cousins. It appears that these northern ancestors didn’t make it as far south as Crete.

When compared to the DNA of modern Greeks, it was found there is a close “genetic overlap” with the ancient Mycenaeans, sharing many of the same ancestral roots but with some additional dilution of the earlier Neolithic ancestry. Remarking on the continuity of the modern population with their Late Bronze Age forebears, co-author George Stamatoyannopoulos of the University of Washington in Seattle, said it’s “particularly striking given that the Aegean has been a crossroads of civilizations for thousands of years.” While modern Greeks have acquired further genetic traits from later migrations, it’s no surprise that the genes for dark hair and brown eyes, carried over from the Minoans and Mycenaeans, remain so dominant today.