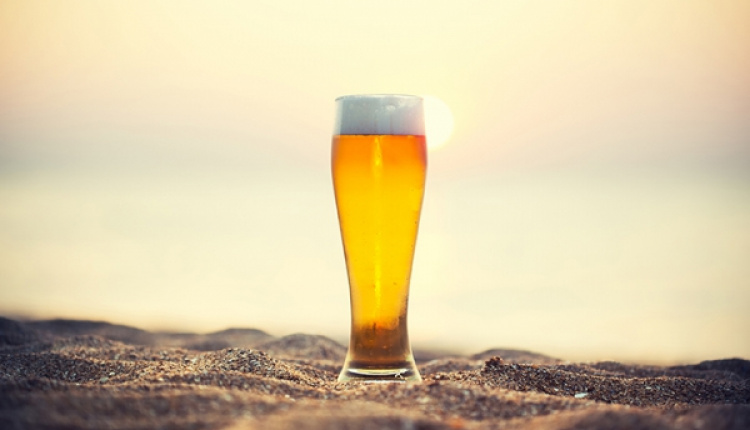 Greece is quite well known for its alcoholic beverages including wine, ouzo and raki, but what's been brewing in recent years is a very strong Greek beer culture (and rightfully so). With a fairly long tradition of beer brewing in Greece, here's a run down of the history from ancient to modern, as well as some great Greek beers that you should try... if you haven't yet!

Beer In Ancient Greece
Hippocrates, the father of medicine, considered beer to have valuable medicinal qualities. Homer provides a vivid description of how Alkinoos, king of the Phaeacians, kept gold and silver kraters in his palace filled with wine made of barley. Zythos, the Greek word for beer, is also found in texts of the ancient Greek geographer Strabo, as well as mentions by the ancient Greek historian Diodorus (from Sicily). The word 'zythos' comes from the verb 'zeo' which means to boil; zythos was also the name of an Egyptian drink made of barley.
The Birth Of Modern Greek Beer
When Otto, the first king of Greece, settled in the country in 1833, he brought with him scientists and beer specialists from Bavaria – his native land, with a view to boosting the domestic beer industry. According to reliable sources, the first manually operated brewery was set up in Greece in 1840 in order to cater to the needs of the Bavarian officials and military men who were stationed in the country at the time.
It is not quite clear who among Melcher, Fischer, Waweck and Seel was the first to run this particular brewery, as they had all opened up beer businesses during the 1840’s in Athens. Ioannis Fix (Fuchs) came to Greece in 1850; he stayed and worked as an apprentice in Melcher’s brewery which he bought from his heirs in 1866. Fuchs is the founder of one of the most well-known and oldest Greek beers (FIX). The factory he built in 1893 was later enlarged by his son Karl. On the site of the old installations a newer building has was constructed which still stands on present-day Syngrou Ave. Works are currently under way to house the National Museum of Contemporary Art in the exact premises.

If you're interested in learning more about the history of beer in Greece, you may like to visit ATHINEO - the first beer museum in Greece!
Here Are A Few Of Our Favourite Greek Beers:

Alpha Beer
It is one of the first 2 beer brands ever produced and marketed in the Greek market and its history goes back to 1960’s when it was first launched. It is a high quality, authentic, traditional Greek lager with light gold color and rich foam. It is refreshing, easy-to-drink and pairs well with traditional Greek food tastes and recipes.

FIX Hellas Lager
Founded in 1864 by the Fuchs family from Bavaria, the brewery went out of business in 1983. Experiencing something of a revival in 2009 thanks to a buyout, this Hellas-style lager is back. If you’re looking for a reliable and slightly cheap drink and want to try a quality beer, order one of these guys - you won't be disappointed! The malty brew doesn’t overpower the meat, but rather balances out just perfectly.

Volkan Grey
Volkan Grey, a well-spiced hefeweizen, is pretty much bursting out of the bottle with citrus zest. It’s best to drink this on Santorini because it’s where it’s from, but if you're not on the island it's still a great taste and can be found all over Greece.

Mythos Lager
Essentially the Budweiser of Greek beer, it has a biscuit-y sweetness that tastes a lot better than its American equivalents. As with any beer, freshness is key, so Mythos will taste a lot better in its homeland than your own. This easy-drinker is ubiquitous in both finding it and best occasions for drinking it—during or after tanning at any one of Greece’s gorgeous beaches or when you’re strapped for cash in Athens and have only one euro to spend on beer. Don’t leave Greece without trying a Mythos!

And here are some great microbrewery Greek beers to try: