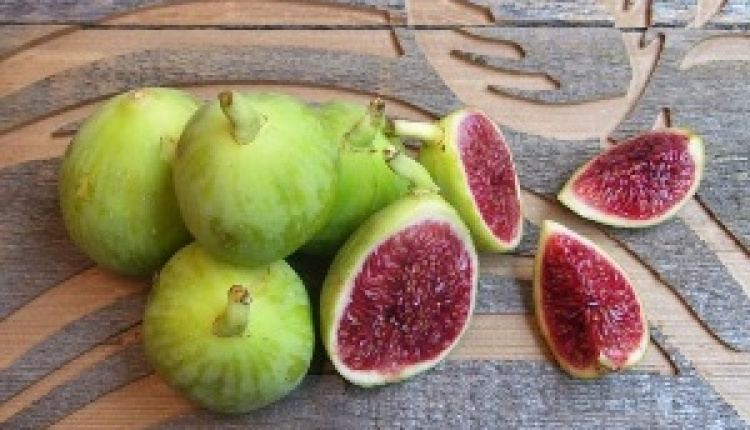 "But how are you even Greek?" is the reaction I always get when I tell people I don't like figs. I know, I know, how am I even Greek when I don't eat the fruit of the gods, the humble fig? So prominent is it in Greek cooking, figs are making a culinary comeback, used more and more not just in sweet dishes but in savoury. And dried, preserved or sweetened they are delectable enough, but just freshly picked off a tree they can reduce grown men to tears - I've seen it with my own eyes.

And no wonder - in Greek mythology figs are associated with Bacchus, also known as Dionysus, the god of wine and song. Yet this very ancient and biblical fruit is making a resurgence in modern times.

A fig tree is said to appear in some images of the Garden of Eden, giving a religious connotation to this Grecian delicacy. Figs are mentioned in the Christian Bible, but not only that, the Muslims' Koran, and the Jewish Torah. The early Greeks so highly prized figs that it was considered an honour to bestow upon the winner of various competitions both the foliage and fruit of a fig tree. And when modesty became popular in ancient times, the private parts of Greek statues were covered with fig leaves. This also comes from the religious belief Adam and Eve covered their nakedness with leaves that are usually said to be from the fig tree after they ate the forbidden fruit. Even some religious scholars believe the forbidden fruit was in fact a fig. Also, in Greek mythology, when Zeus was pursuing Ge and her son, Sykeus, in the war of the Titans, in order to save her son, Ge metamorphosed into a fig tree.

Figs enjoy a Mediterranean climate that has a long, hot, dry summer, that's why they are so commonly found in Greece and Italy and feature heavily in both cuisines. The fig tree can live as long as 100 years and grow to 100 feet tall, although domestic trees are kept pruned to a height of about 16 feet. There are hundreds of varieties of figs, ranging in colour from nearly black to almost white, and only the female fruits are edible. The green varieties are normally reserved for drying.
The shelf life of fresh figs is brief indeed. They must be picked ripe from the trees as they do not ripen well once picked. A very firm fig is not ripe and will not properly ripen further. Snatch them up and use them as soon as you find them in the market as they will spoil within seven to ten days of harvesting. In most cases this means you have about three days at most to use them at home. Select figs that are clean and dry, with smooth, unbroken skin. The fruit should be soft and bouncy to touch, but not mushy and overripe. Use your nose when picking figs and smell the fruit. If it smells slightly sour, it has already begun to ferment. The fruit is sweet to taste and in ancient times, was used a sweetener before refined sugar. And given they are among the richest plant sources of calcium and fibre you can rest assured you are doing your body a good deed by indulging in figs.

But even though there is a short window to indulge in fresh figs, figs as a fruit can be consumed all year round. Dried figs are readily available - and many varieties and brands are imported from Greece to Australia for consumption here. Also, figs can be made into jams, and preserved for savoury dishes or as spoon sweets to enjoy with coffee. There are also biscuits readily available filled with a fig jam. Fresh and dried figs are also perfect for breakfast. Mixed in with Greek yoghurt and honey it makes a nutritious breakfast option. Preserved figs are great to include in muesli and of course, fig jam is perfect on a toasted piece of sourdough.