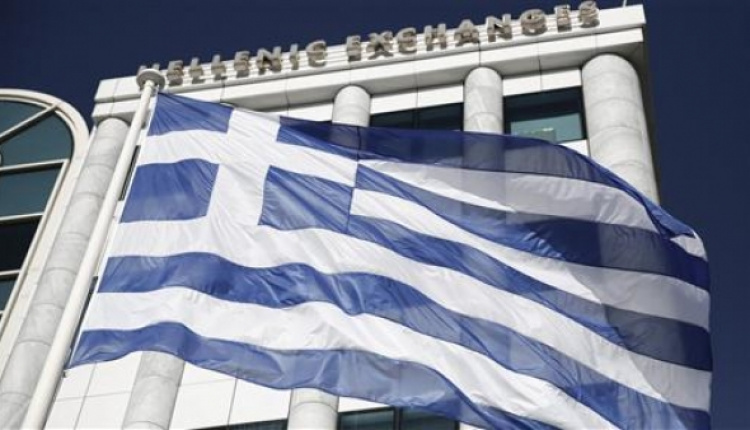 Expats doing business in Greece find themselves in a challenging economic environment. The conditions attached to loans from its partners in the European Union imposed austerity measures in Greece that have had a significant impact on the country’s economic outlook and business environment.

On the one hand, cut-backs across the country have resulted in an unemployment rate that reached 28 percent in 2013 which, in turn, has contributed to public demonstrations and social unrest. The Greek economy has continued to shrink under austerity, and investor confidence in the country has also suffered.

Some of Greece’s problems predate its recent economic turmoil, however. A complicated and inefficient bureaucracy, and a lack of access to regulatory information makes it quite difficult for expats and locals alike to start a business in Greece.

On the other hand, there is hope for its financial prospects, even if it takes a while before the general population benefits. In 2013, Greece’s budget deficit turned around and the country climbed 11 places in the World Bank’s Ease of Doing Business Survey to 78th out of 185 countries. It was also praised for affording greater protections to investors as well as for its efforts at closing the gap with the rest of the EU. It continues to be a business hub and a corporate point of entry into southeastern Europe and the Middle East.

While much of its economic activity is focused around Athens, the rest of the country offers significant opportunities as well. The largest industries in Greece are tourism, energy, food processing, agriculture and retail, with opportunities in rising industries such as manufacturing generic pharmaceuticals and medical tourism.

Greece will continue to deal with reducing its debt and its high unemployment figures for some time. However, it seems to be making progress and potentially offers significant opportunities for expats with the means and the patience.

Greek culture shapes acceptable business practice. An emphasis on family and personal relations means that many Greeks like dealing with people that they know and trust, and prefer face-to-face meetings to emails and telephone calls. It also contributes to the widespread nepotism in Greek business.

While many in government and business are trying to improve things, corruption in Greece persists to a fairly large extent. It certainly isn’t always the case, but business owners shouldn’t be surprised by being asked to pay a “speed tax” – a thinly veiled way of asking for a bribe to move things along.

The slower pace of life in Greece, as well as the Greek love for haggling, affects the pace of business. Making decisions can take a while, meetings are often drawn out and patience is required. Many people also place less emphasis on punctuality than elsewhere in Europe, although this doesn’t mean that business isn’t taken seriously and foreigners should still be on time.

Cultural gestures in Greece can also make for confusing negotiations. Traditionally, “no” is an upward nod while “yes” is a forward tilt. Some people have, however, adopted the standard Western shake and nod. Avoiding these gestures altogether may be easier. That said, “okay” sounds like “no” in Greek and the Greek word “neh”, which sounds somewhat like “no”, means “yes”.

Greeks also maintain traditional views of democracy and honour. Meetings often entail vigorous exchanges of ideas but expats should take care when disagreeing with a colleague, which should be done in such a way that doesn’t reflect poorly on the other person. A lot of importance is placed on experience as well, and employees are expected to respect seniority.

With the economic situation and record unemployment in Greece, it may be difficult for foreigners to conduct business in the country. With the rise of anti-foreigner sentiment in certain sections of society, even with the government’s crackdown on the ultranationalist Golden Dawn party in 2013, some Greeks may be hesitant to do business with foreigners. That said, however, the majority of Greeks are opposed to the party’s hard-line positions and, after the necessary trust has been built, would be more than happy to engage with a foreign-owned and run business.

Starting A Business In Greece

Starting a business in Greece is unfortunately more difficult than running one, achieving a far lower World Bank ranking of 146th.

Many businesspeople complain about the country’s slow technological and institutional progress, with the country’s attitude to digital media and labour regulations arguably lagging behind other first world countries.

Opening a business in Greece may involve exchanging paperwork with the tax office (DOY), pension office (IKA), the Chamber of Commerce and the Fire Department, among others. In Greece, processes that may take minutes on a computer in other countries, often take hours in queues.

At the same time, this may provide an opportunity for entrepreneurial expats with the wealth and the will to wade through the perils of Greek bureaucracy.

Language of business: While many Greeks do speak English, having a working grasp of the Greek language or going into business with a first language speaker are essential for a successful business.

Business dress: Business dress differs. Bigger firms often require formal business attire while many smaller businesses are relatively casual. Expats are advised to dress formally in their first meetings with potential associates. Given the influence of the Greek Orthodox Church, female expats should dress conservatively in the business environment.

Business hours: Business hours in Greece are normally from Monday to Friday, either from 8am to 4pm or 9am to 5pm. Some businesses also stay open on Saturdays.

Greeting: Shaking hands with men and women is the most common business greeting in Greece. Close acquaintances embrace or kiss each other. Greeks appreciate it when people attempt to speak their language and a simple “kaliméra” (good morning) or “kalispéra” (good afternoon) goes a long way.

Gifts: Especially with the country’s reputation for corruption, gifts are best left to friends, family and close acquaintances.

Gender equality: While women are equal under the law, many Greeks retain a “traditional” view of gender roles. There is still a glass ceiling in the higher levels of business hindering many women from reaching the boardrooms of Greece’s biggest companies.

Dos And Don’ts Of Business In Greece

DO greet by shaking hands, smiling and maintaining eye contact.
DON’T be put off by personal questions. Greeks are warm and often curious people.
DO call senior colleagues by their title and surname in more professional environments.
DO be prepared to network and spend a lot of time getting to know your associates.
DO be prepared to negotiate and haggle.
DO make sure that official documents and business cards are in English and Greek.
DON’T be late, even if your Greek associates are.