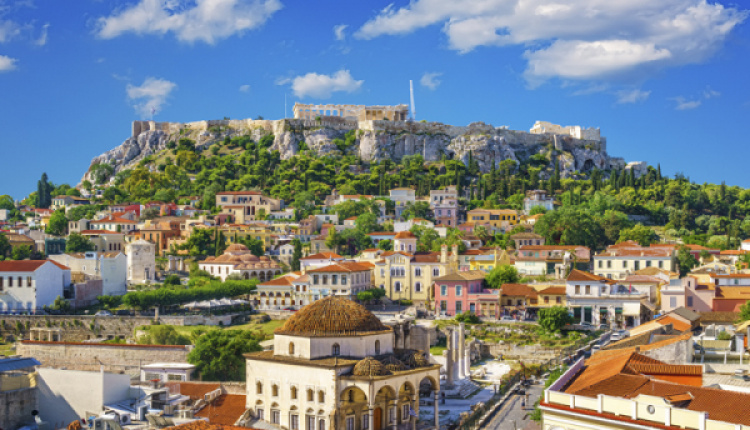 Every year on the anniversary of moving to Greece, an American expat and a good friend of XpatAthens puts together a list of reasons why she loves living in Greece. Seven years ago, she left her job and life in San Francisco and decided to make the move to Athens, Greece. She has never looked back! Here are her top 10 reasons of what she loves about living in Greece:
To read more of Lynn's 'Top 10 Reasons,' please visit: Lynn Roulo
Lynn is an American Kundalini yoga and Enneagram instructor teaching a unique combination of the two systems, combining the physical benefits of Kundalini yoga with the psychological growth tools of the Enneagram.

Most of her adult life has been as a Certified Public Accountant (US CPA) working in the Silicon Valley/San Francisco technology start up and venture capital industries. In 2012, she decided to move to Athens, Greece for purely intuitive reasons.  She's not Greek by heritage, she did not have a job here, she didn’t speak any Greek (at the time), and there wasn't a Greek man in the picture either! She simply had a really clear feeling that she should go to Greece. And so she did.
“I remember getting on the plane to leave San Francisco. My dog and two cats were in cargo below and I had packed a suitcase full of clothes. Almost everything else I had sold or given away. There wasn’t anyone to meet me in Athens because I didn’t know anyone. But it was one of the calmest moments of my life. I was totally sure I was making the right choice.  And I haven’t regretted it at all. I love Greece.”

To learn more about Lynn and all the great things she does in Athens please visit her webiste: Lynn Roulo