My Week in Athens… April 26 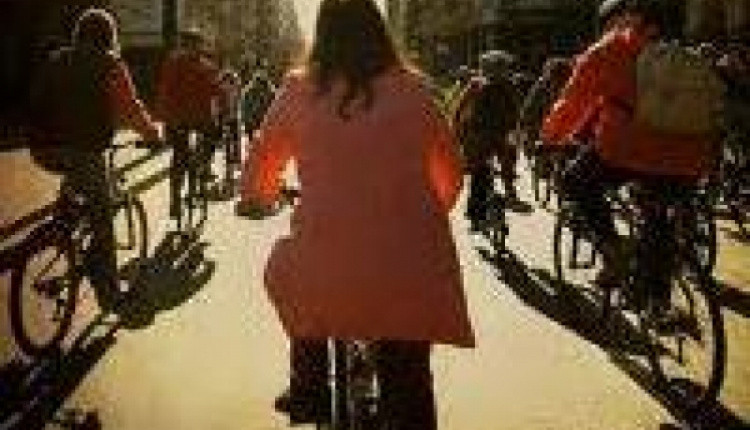 Sunday was a gorgeous day – in what promises to be at least six months of more-or-less gorgeous days! – and I wanted to be outside in the sunshine, doing something active… so I dusted off my bicycle and ventured out for a spin.

I headed for the Olympic Stadium complex, since I know that a few of the main gates are normally open and I could cycle around the grounds…. I must say, living in the northern suburbs (or almost anywhere north of the waterfront) means one thing for cyclists: HILLS. But rather than take them as the horrible torture that they really are, I try to take them as a ‘physical challenge’. Right.

Add to that the constant threat of speeding cars that clearly don't notice bicycles, and you have yourself an adventure, to say the least.

But I have to say that I was very pleasantly surprised – cars stopped at intersections to let me go by, drivers gave me lots of space as they drove around me, I made it out alive. It wasn’t nearly as bad as it has been in the past. And the OAKA complex was quite busy: other cyclists, families with kids, skateboarders, remote-control car racers, even a couple tourists snapping pics…

In fact, I’m feeling so pumped after my afternoon ride, that I’m thinking about joining the ‘Freeday’ group for their Friday night adventures around the streets of Athens…

The Freeday outings have turned into a wildly popular weekly social event, with people of different ages and backgrounds from all parts of the greater Athens area meeting, making new friends and sharing their love of bicycling as they discover a different face of the city.

The bikers start gathering at a different designated spot each Friday night and set off for their weekly adventure, cycling around the deserted (or not) streets of Athens. Picture 100’s of bicycles on Kifissias…! The outing usually lasts a few hours, but many of participants continue throughout the night, taking in the sunrise at a different location each time. Check them out on Facebook.

Is Athens on the long road towards being a bicycle-friendly city? Maybe so. I’m even starting to believe that all those hills really are just a ‘physical challenge’. Right.

See you next week.